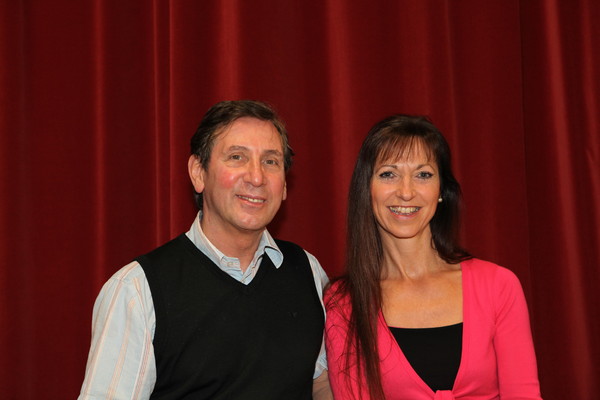 Neil and Alison would like to warmly welcome you to Gibbons Prima Dance.

Neil has many years experience in the dance world at both competitive and professional levels. Prior to becoming a teacher, Neil had a successful Competitive Amateur Career winning over 60 Major Titles, Trophies and Championships. He was awarded the Nor/West Cup twice, for winning the most completions in one year. Neil competed in the British Open in both Latin and Ballroom and was a regular member of the North West Dance Team, competing against other regions and representing Great Britain in events abroad.

Neil turned Professional with the UKA Alliance in 2001, and now holds Fellowships in Ballroom and Latin, along with qualifications in Classical Sequence (Old Tyme) & further qualifications in Argentine Tango, Rock N Roll, and Salsa.
Neil is also a Fully Qualified and British Dance Council approved Scrutineer/Adjudicator.

As well as running a successful dance school, Neil was a founder member of the Vivas Dance Club, who produced the spectacular "Dance Crazy Shows".

Neil has regularly been involved in raising money for various charities, both large and small such as the Roy Castle Foundation, Marie Curie, Cancer Research, and many more. This has involved putting together huge events such as the very popular "Strictly Come Dancing", from the early stages of production to the Grand Finale Showcase.

Alison turned Professional in 2014 with the UKA Alliance and is qualified to Fellowship Level in Latin American & Licentiate in Standard Ballroom.
Other qualifications include Classical Sequence & Contemporary Theatre Dance.
Also British Dance Council approved to adjudicate Championships.
Alison is also qualified to work in Educational and Public Sectors.

Neil and Alison both with a passion for dance have now become a strong partnership working on many projects to enable dance to be accessible and enjoyed by everyone.

They work in association with Rochdale Town Hall and 4ct, enabling all local residents to socialise, keep fit & have fun.

Neil and Alison's partnership and love for dancing has seen Neil unexpectedly, purchasing ballroom attire as they have regular requests for demonstrations in Ballroom Dances, (he was after all, in the main a Latin dancer).

Neil and Alison have choreographed show dancing for local theatre companies. In 2015, they put together the "Strictly Come Dancing Event" at the Rochdale Town Hall for the Lord Mayors Charity, which was a huge success.

Neil has been an adjudicator for competitive dancing for many years. Neil and Alison will be adjudicating in future events.

Neil and Alison run regular Dance & Fitness Classes. (Look at timetable for all events and venues).

With both Neil and Alison's love for dance and Neil's background as a professional Musician you are sure to get into the swing and enjoy some of the best music & dance around!